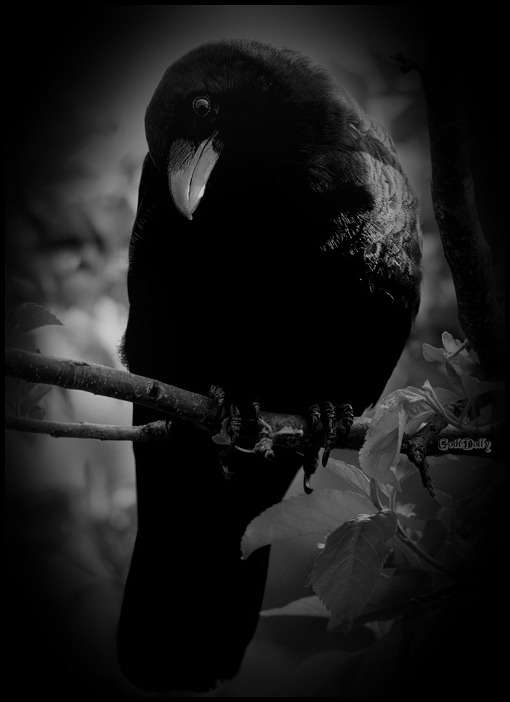 Ravens are perhaps the most common bird symbol in the mythologies and religions of ancient cultures. They assume a variety of roles, ranging from messengers of deities and sages to oracles and tricksters. They play a central part in many creation myths and are typically associated with the supernatural realms lying beyond the ordinary experience. What is so lurid about these black-feathered creatures and why does the sight of them send a wave of shivers down one’s spine? Studying the folk lore of different cultures may unravel the motives underlying the superstitious beliefs and religious faiths.

I once talked about the intelligence of these gorgeous corvids with my students when I was teaching, and one of my students was mildly alarmed and asked me to confirm that they’re harbingers of death and stuff.

They’re not, of course.

They are scavengers of a sort. They have a symbiotic relationship with wolves and other predators. The wolves kill an animal and give a share of it to ravens and other such scavenging beauties. They are seen in association with death because they’re hungry, not evil.

Ravens are surrounded by such a rich mythology. Read into it and be amazed. 🙂