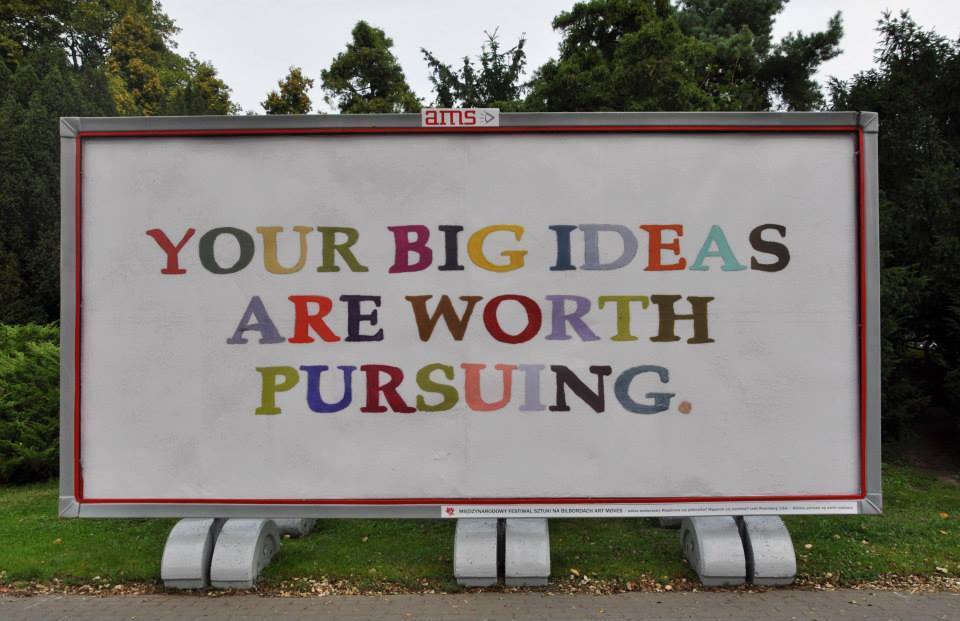 “Your big ideas are worth pursuing.”

I refer to myself as an overachiever all the time. And I
think people don’t realize just how much I mean that. Even though I didn’t know
what I wanted to be when I grew up, I was planning to work for it. I had my life
planned out at the age of 8. None of those things worked out, but they gave me
guidelines. Things to shoot for. Things to dream about.

While I’ve dealt with a lot of self-doubt because I so
thoroughly failed to achieve all of my goals from that time period, they have
given me hope. I like having a path to follow, a bullet-point list to go
through. It keeps me on track and helps me know exactly where I am.

When I was in high school, I finally decided to embark on
writing a novel. Little did I realize, when you type up something you wrote by
hand, it shrinks quite a bit. You’ve seen me talk about this before on here, so
I won’t bore you with the details. But I continued to write it by hand until I
finished high school and abandoned the project completely.

I went into college thinking I knew what I was going to get
degrees in–yes, plural “degrees”–but I really was holding myself back from
doing what I should have known I should be doing.

When I registered for college–you know, the part where you sign
up officially–I was majoring in agriculture. By the time class registration
happened, I was double-majoring in theatre and news editorial. By sophomore
year, I was in English and psychology. I finished up some theatre classes I
wanted to take and turned the psychology major into a minor so I could finish
college eventually. After all that, it still only took 4.5 years, which is only
one semester longer than the supposed average degree.

I took the ACT three times, by the way. I wanted to do better.
(Spoiler: I didn’t.) And that just goes to show you that I put absurd amounts
of effort into the things that are important to me. The small stuff is great. I
still love theatre. And I still love editing. My main thing is writing, though.

The point is that I chose to have it all. (Anyone who makes “wanting
to have it all” sound like a bad thing is someone to take with a grain of
salt.) I didn’t have to give up my passions to do what I love. It’s okay to
have hobbies and things you love but don’t want to major in or even study
extensively. That’s totally fine. I loved my theatre classes and don’t regret
the time I spent in them. The more education you get, the more experience you
have. And having more experience is awesome. It gives you hundreds of new perspectives
that you couldn’t get in a class in your actual major.

Read up on intersectionality! It’s a methodology that helps
people find connections between the things that interest them. For example, if
you love geography and literature, then you can study how stories are impacted
by where the author lived. If you love history and theatre, you can study the
progress of acting and what influenced it historically.

Find the things you love
and do them in a way that no one but you can. Be the person no one else
can be. Even your little ideas have a place among the starts. Get that rocket
fuel ready–it’s going to be a long trek. But you can do it.